Back to family
Parenting Retirement Planning 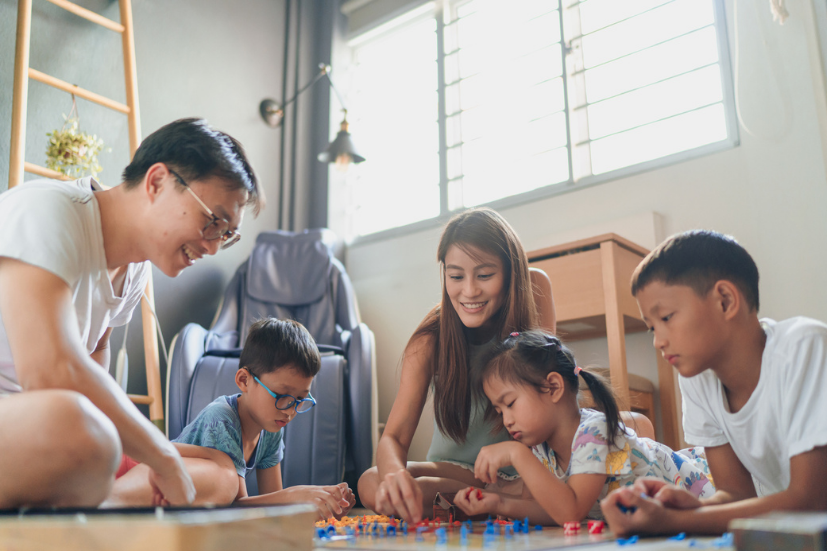 As parents, it’s natural to want to provide our children with the best we possibly can. But too often, we end up indulging our children, placing priority on their wants and failing to ask ourselves if the expenses we’re incurring are truly necessary for their well-being.

Challenging as it may be to withhold fulfilling our children’s desires, I have come to realise that it is prudent to draw a line when it comes to spends that may only provide short-term gratification. Hence, instead of spending on extras that they may not really need, I have learnt to cut back in the following four main areas, so I can prioritise my retirement.

With my first-born, in trying to provide him with the best, I was guilty of buying him toys all the time, like most new parents. However, I began to notice that it didn’t take long for the novelty of each new toy to wear off and for my son to lose interest in it, choosing to instead, busy himself with our kitchen utensils or empty cartons lying around.

With clothes, it went through a similar cycle, as children grow up so quickly, which I soon learnt. After a couple of years of buying expensive clothings for my eldest and noticing that they were never worn more than twice due to his growth spurts, I decided to switch to more modest brands. I admit that while children are young, what they wear and how expensive it is doesn’t matter to them. Instead, it is the parents who are brand-conscious and end up splurging unnecessarily, which can instead be used to fund savings for their retirement.

A second ‘no-no’ I soon came to learn was not to be easily influenced by trends and to refrain from indulging in luxurious experiences such as baby spas which aren’t necessary. Back then, I had heard of baby spas from friends and influencers I followed online, and was enticed to sign my son up for a six month package of weekly sessions. As you can imagine, this ended up costing me thousands of dollars – money, which on hindsight, could certainly have been better spent elsewhere, especially seeing how my son would cry at every session.

My second child, my daughter was 6-years old when she had expressed keen interest in wanting to sign up for gym lessons so as to join her best friend. Though family finances were tight and classes were expensive, I relented as I thought that it would help her to get into a routine of exercising from a young age. However, within just a few weeks, my daughter began to lose interest and adamantly refused to go for the classes. As a result, I lost out on four months of classes which were non-refundable.

Since then, I have become wary of committing to extra-curricular classes that my children don’t really need. However, there are exceptions to this ‘rule’. For example, if they express interest in an activity, I would instead opt to sign them up for trial classes first instead of signing up for a package straightaway. Additionally, age plays a part, as I believe they are likely to be more certain about their interests when they are older.

4. Expensive purchases and outings with friends

When my children stepped into teenage, they started requesting for branded clothes and other expensive accessories that their celebrity idols and friends were donning. As they began going out more frequently as well, I soon found myself giving them additional sums of money, on top of their regular allowances. For a few months, I obliged but when I realised that we were struggling to keep up with the expenses of our kids, my husband and I decided to put a stop to it.

Instead, I made it clear that if they wanted additional money, they would have to find a way to earn it or save it from their regular allowances that I continued to give.

Putting myself first when it comes to money management 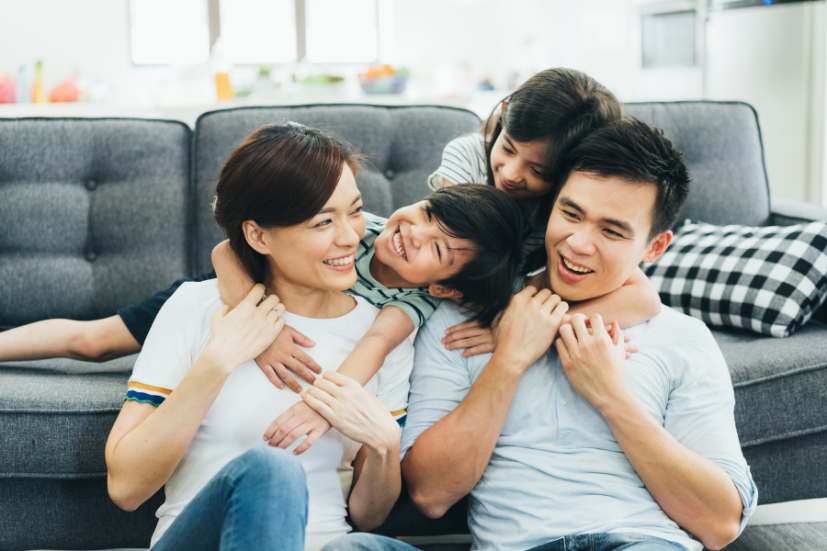 All in all, I’m now proud to say that I’ve consistently become better at putting my own financial needs first and corrected my habits of splurging on my children over the years. This leaves me with two more tips: Source for free or cheaper alternatives, and organise fuss-free family outings.

You'll be surprised to learn how much you can save if you make the effort to look for cheaper or even, free options, especially as we are fortunate to be living in an internet era. Upon joining a few parent groups and forums for tips such as Baby Bonus, HealthHub, The Asian Parent, Smart Parents, and so on, I discovered how accessible it is to find children's books and activity sheets that are available for free download. These resources proved to be a wonderful alternative to buying DVDs and activity books, which helped us to cut down our expenses significantly.

When it came to family outings, I chose to focus more on giving them experiences and a sense of adventure such as walks in the parks or nature reserves, instead of museums which can easily cost the family nearly S$100 in just one outing. This not only allowed us to spend time together without distractions, but also inculcated in them, a love for nature. Such experiences can teach children many life-lessons that material things cannot.

As a bonus, my children now appreciate the value of money and have become more financially responsible, which will build a strong foundation for their future in their older years when they start earning their own income. 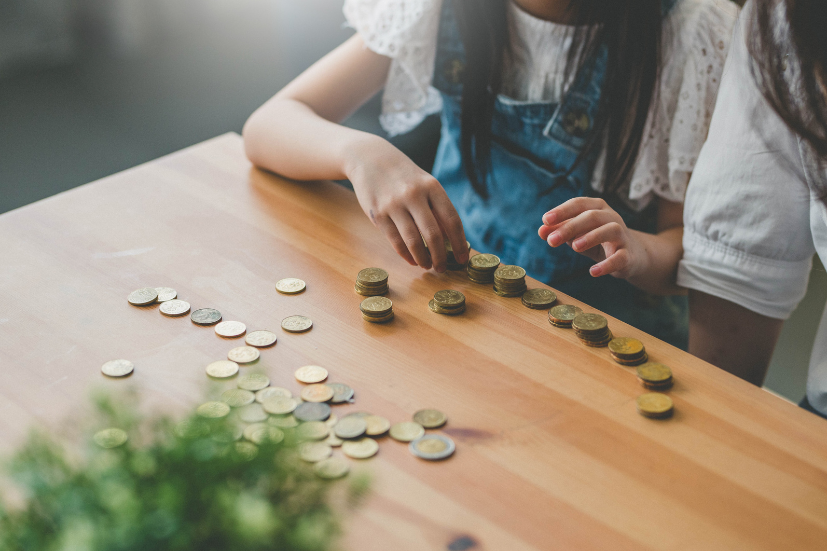 Being careful not to sacrifice your financial needs for your children is really in your best interest, in the long run. It is important to prioritise your own financial needs and secure your senior life even if it means de-prioritising some of your children's wants and needs today. By cutting down on unnecessary spends where possible, my husband and I have been able to start planning for our retirement, so that we remain financially independent in our later years.

Additionally, the earlier you start saving, the better it is, as it provides a safety net in case of a financial emergency. It might even present you a ‘bonus’ option of retiring earlier.

So, if you have not begun planning for your retirement, now is the time to do so. All it takes is to start putting yourself first. To get started, begin with evaluating your spending habits to stop frivolous spends. Instead, channel these resources into planning your retirement by getting in touch with an Income advisor today.

Important Notes:
This article is meant purely for informational purposes and should not be relied upon as financial advice. The precise terms, conditions and exclusions of any Income products mentioned are specified in their respective policy contracts. For customised advice to suit your specific needs, consult an Income advisor.

Live your desired retirement lifestyle with a flexible savings plan that lets you enjoy a steady stream of income when you retire. 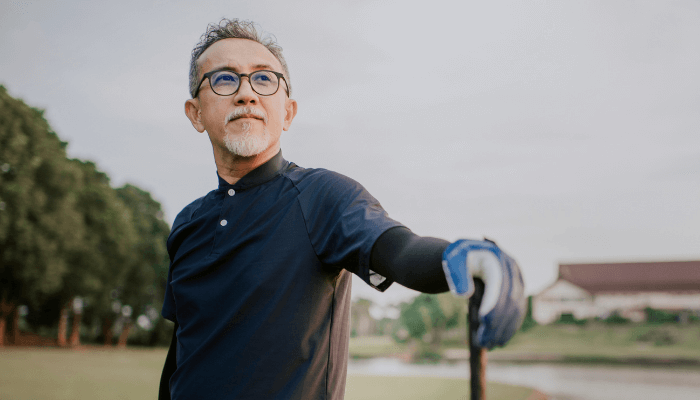 Retirement Planning for Singaporeans: A Simple Yet Comprehensive Guide 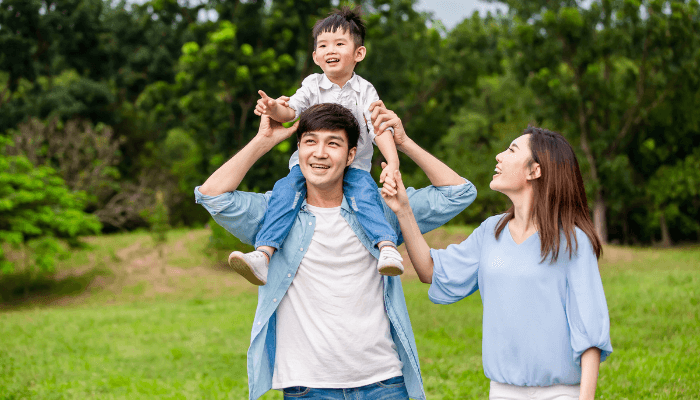 3 Types of Self-Care to Make You a Happier Parent

Learn the three forms of self-care to keep yourself happy and healthy to give the best care to your family. 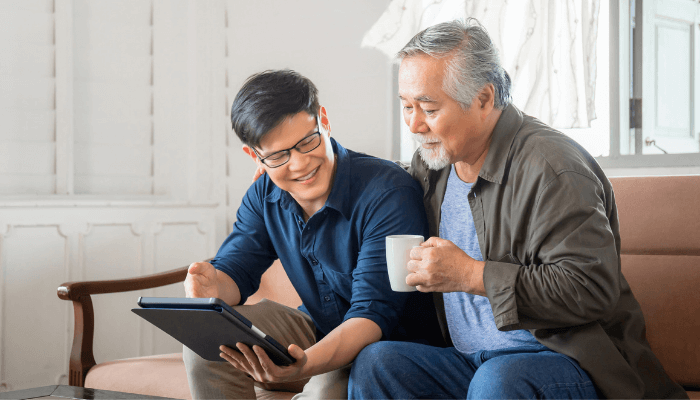 3 Ways to Maintain Closeness with Your Adult Children

As children become adults, our role and expectations as parents must evolve to sustain a close relationship with them.