Back to finance matters
Estate Planning

What Happens If Your Parent Dies Without A Will

Death is a difficult subject, and even more so when you’re trying to discuss it with your parents. It’s not surprising that most people find it difficult to speak with their parents about estate planning, and about writing a Will. 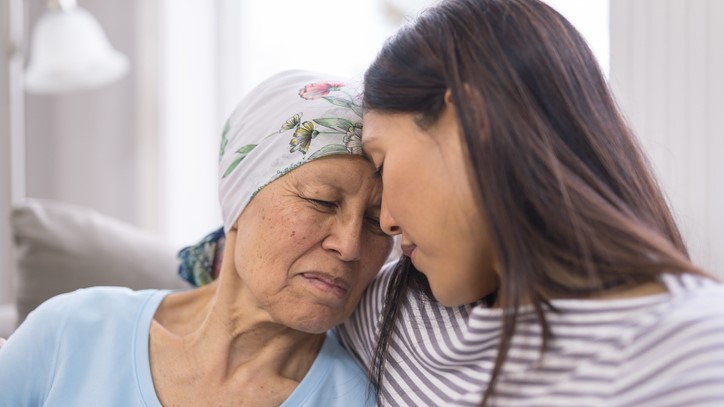 But, why is it important to do so, and is speaking about it with your parents really worth it?

The short answer is yes - it may be unthinkable, but not having a plan, and in particular a Will, can actually make the death of a loved one worse.

We’ll explore what happens when they pass, why it is important to plan for the eventuality of their demise. If you’ve got elderly parents, you’ll want to read this post till the end - we’ll include some tips as to how to broach the topic.

What Does Estate Planning Entail

In short, Estate Planning is the process of coming up with a comprehensive plan to distribute one’s assets when you’ve passed on. However, with the right tools, Estate Planning can also serve to increase the amount that one can pass on. Instruments such as investment and insurance plans can allow a person to give more than he/she has.

That said, the bulk of retirement planning is nonetheless focused on the distribution of a person’s assets when he/she has passed on. There are several mechanisms available to do this:

CPF nominations, and insurance nominations serve to distribute CPF monies, and monies from death benefits respectively. On the other hand, the Will serves to distribute all other assets that a person owns at the time of his/her passing.

This article is mainly focused on distributing assets via a Will.

Difference Between Having a Will and Not.

There is a significant difference in terms of both process and outcome depending on whether your parent passes away with a Will, or without.

Effects of Not Having a Will

The government does not handle the distributions for you

If my parent(s) passes away without a Will, the government will just handle the distribution, right? Well, not really. As the next-of-kin, the responsibility is solely yours.

Within 6 months from the passing, you (or any other next-of-kin) will have to submit an application to the Singapore Courts to obtain authority to commence the distribution of assets. This application is called a Probate Application.

Your parent(s) not having a Will means default distributions

The Intestate Succession Act stipulates (generally) that the estate is to be distributed equally between you and your siblings.

This distribution may seem unfair, especially where one sibling takes on the lion’s share (financially or otherwise) of taking care of the parents. Of course, the dynamics of every family is unique. In such cases, using a Will can ensure that the distributions are fair, and (where loans are taken out) sufficient, and that additional stress is not put on your family as you grieve.

Generally, the Probate Applications  where your parent(s) had passed intestate or not is similar - in that both cases would require an estimate of the total assets owned (i.e. the size of the Estate), and a list of the assets that are actually owned at the time of passing (also known as the Schedule of Assets).

During the Probate Application process for a person who has passed intestate, the courts would have to additionally take applications from the deceased’s next-of-kin, and decide who should have the authority to distribute assets. This also means that the lawyers making the probate application would have to prepare extra documents for submission to the courts.

By contrast, when a person passes away with a Will, the persons that should have the authority to distribute assets are already decided - in the Will (i.e. the Executors).

Additionally, since more documents are involved in a Probate Application for a person who passed intestate, the legal fees for such applications would generally also be higher.

The additional time taken to process the Probate Application is important.

It is not uncommon for children (or other next-of-kin) to take personal loans, or to seek out financing to afford medical bills and end-of-life care for their parents - especially for people whose parents face chronic medical ailments, or have to avail of palliative care. The plan is usually to use the distributions from the estate (possibly from the sale of assets) to repay those loans.

At the last stages, such expenses do not come cheap. Since the plan is to repay those loans from estate distributions, the additional time taken to process Probate Applications (in the case where one passes intestate or without a Will) results in an accrual of interest. The longer the time taken to obtain Probate and to start distributions, the longer those loans remain active, and more interest is accrued.

Considering the additional costs of obtaining Probate in intestate cases, the cost of passing away without the Will could result in a higher financial burden on the children of the deceased.

Making a Will is Easy

These days, there are services, like WillCraft, that allow you to make an LPA or Will completely online, from the comfort of your home. Be sure to choose services that are affiliated or partnered with law firms in order to avoid any issues - Wills are after all important legal documents, and wills that do not cover all your assets will potentially result wasted time and money (e.g. partial intestacy, where a portion of the estate is distributed per the Will, and the rest under Intestate Laws).

The advantage of being able to estate plan from the comfort of your home, means that you can have those difficult conversations in a safe, private, and comfortable setting.

Talking about death is indeed a difficult conversation to be had, especially with your parents. However awkward it may be, having the proper preparations in place can save you money and time, and make a difficult period a little less stressful, should something untoward happen to your parents.

This article is meant purely for informational purposes and should not be relied upon as financial advice. The precise terms, conditions and exclusions of any Income products mentioned are specified in their respective policy contracts. For customised advice to suit your specific needs, consult an Income insurance advisor.

Author(s):
Alvin T'ng
Alvin is the Founder of willcraftnow.com, an online service that offers affordable Will and LPA Writing services. Before he founded WillCraft, he specialised in Tax, Private Wealth and Estate Planning at one of the the Big Four Law Firms in Singapore. He has since been featured on multiple national platforms, including MoneyFM, LianHeWanBao and Channel News Asia.
Tags: Estate Planning All You Need to Know About Estate Planning in Singapore

What is estate planning? Find out how a will, CPF nomination, and inter vivos trust can help.
byJoanne Poh
Estate Planning Safeguard Your Legacy and Loved Ones and with TermLife Solitaire

If you’re a business owner or entrepreneur, this may help protect your legacy. Here’s how.
byJeff Cuellar
Estate Planning Legacy Planning in Singapore: When is the right time to plan for your family?

The best gift you can give your family.
byElena Owyong
Estate Planning